The former historic courthouse, lost to fire in the 1960’s, is still a beloved icon of the community. The clock tower, arch-top windows and other details conspired to create a character laden historic building. Cobb County leaders indicated early in the planning process that the new Superior Court building offer tribute to the original Courthouse on the Marietta Square.

Pieper O'Brien Herr Architects looked to the original 19th century courthouse for inspiration to create a design that is sympathetic to the Gothic-Romanesque revival style.

Located on the main lobby level, the Clerk of Court is positioned to interact with the public and those summoned for Jury Duty are directed to the Jury Assembly room. Escalators efficiently move visitors to the second floor where the facility is linked to the existing county court’s complex via an elevated pedestrian bridge. The enclosed and conditioned walkway across a busy street, allows staff and public to safely navigate between buildings without being rescreened.

The courtroom is an efficient configuration employing a corner bench layout and jury area for 14. For security, the gallery seating uses pews. Judges and their staff were included in the design initially using electronic, virtual walk-throughs of the courtroom, jury deliberation room and office suites. The design was further refined by constructing a full-scale plywood mock-up. The judges and staff were invited to sit, touch and use their respective work stations to determine precise final dimensions. Several details were modified and a few were added to the final product because of this collaborative process.

Designed to initially house seventeen courtrooms, the Courthouse was built to include an entire floor as “shell space”. This built-in future expansion space could be used for courtrooms or administrative offices depending on the future needs. A larger, center bench courtroom for high profile trials was especially designed for larger defense and prosecution teams along with a larger gallery.

The public elevator cluster and daylit stair is positioned in the clock tower shaft. A District Attorney suite provides office space for 40 Assistant DA’s and numerous investigators. A state of the art holding facility for 180 inmates is efficiently included on the lower level. From this level, inmates are securely delivered to each courtroom floor.

LEED was an important consideration from the outset. The project team held a LEED charrette to determine project sustainability goals. With a plan in place, the team worked hard to ensure every goal was accomplished. The sustainability high points are: Daylighting, automated lighting controls, use of recycled products, low VOC paints, waterless urinals and many other features. The project was awarded LEED GOLD certification from the United States Green Building Council and remains one of the largest LEED GOLD courthouses in the Southeast.

Cobb County Board of Commissioners
Certificate of Achievement 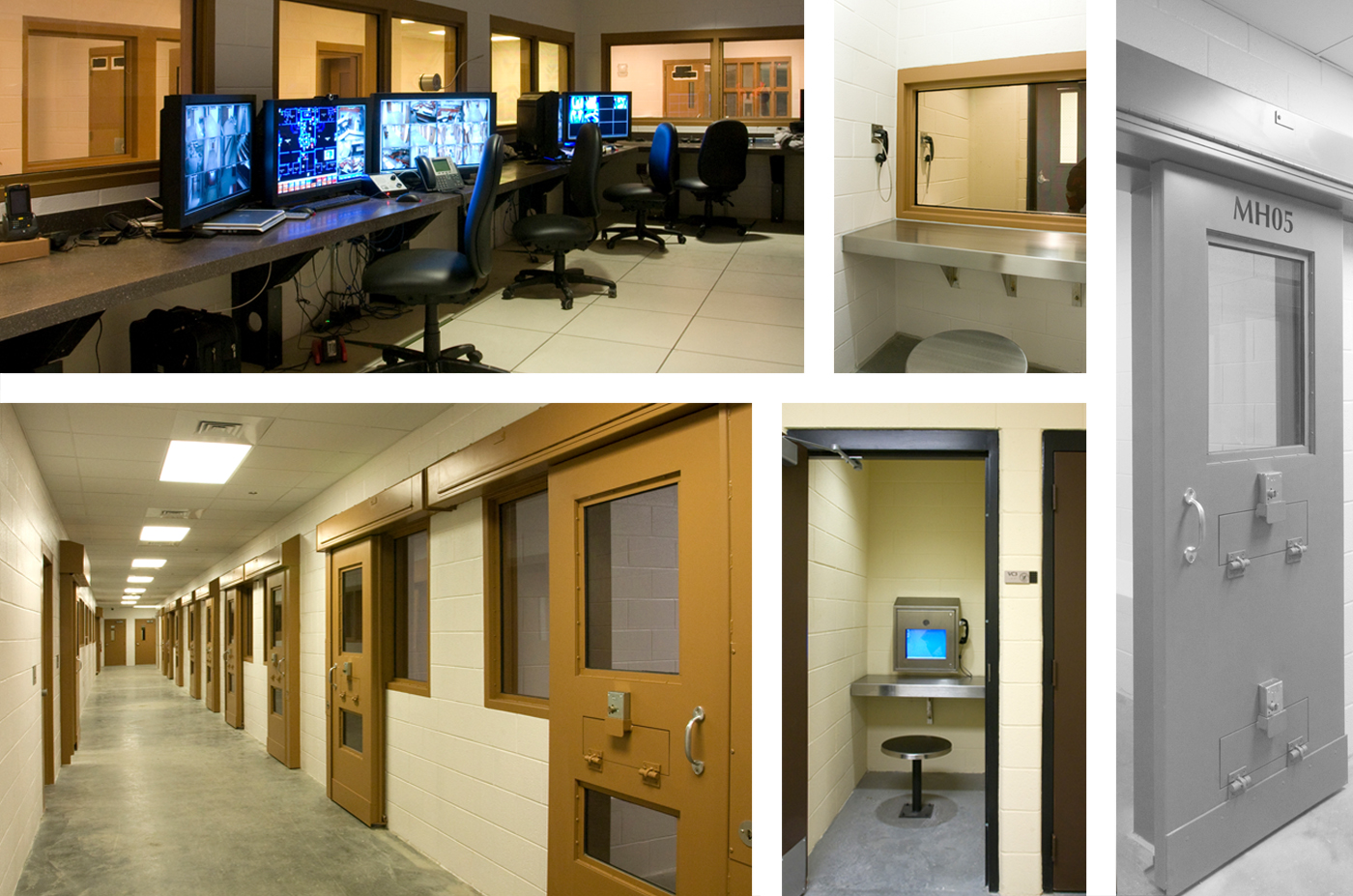