Pieper O’Brien Herr Architects developed several strategies to analyze the best location for the courthouse expansion project. The question: How best to utilize the finite land resources immediately surrounding the existing building to take the County into the future? After studying several possible locations, the final location was determined to be positioned behind the existing courthouse on land occupied by the existing parking deck.

The new courthouse expansion features a fresh facade fronting Nash Street and a new state of the art security entrance directly connected to the new 1500 car parking deck. The exterior design has a modern glass identity while respecting the existing building. Sun shading louvers are among some of the sustainability considerations we utilized on the design of this potential LEED project. 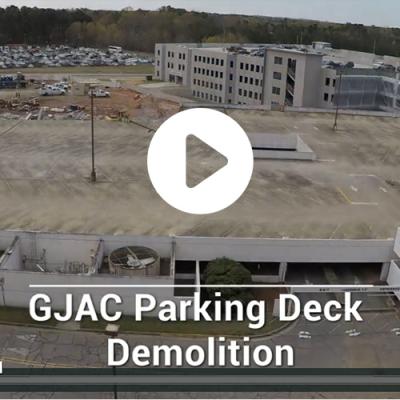