As architectural consultant to Infiniti, Pieper O'Brien Herr Architects implements the IREDI (Infiniti Retail Environmental Design Initiative) program to new and existing dealerships in the United States and the Middle East. The current design reflects Infiniti's goal of upscale design, contemporary feel, and luxurious finishes while still allowing their vehicle to be the focal point of the customer’s purchasing experience.

As design consultants, POH establishes the building configuration, floor plans, exterior elevations, color schemes, finishes and materials to be used in all dealerships as established in the IREDI prototype dealership program. These requirements are balanced with the needs of the individual dealer’s business.  The new design concept is delivered to the dealer in the form of a manual that contains the plan and all the elements expected to be included in the facility. This service incorporates the dealer's needs into the framework of the IREDI program, giving the dealer an aesthetically pleasing and functional presentation of modern luxury.

Pieper O'Brien Herr Architects long term relationship with Infiniti dates to 1989, when the brand was first launched in the US. Early on, as an architectural design consultant, POH developed the prototype dealership program, and administered the program to the nationwide network of dealers. Roles shifted in 2001’s Showroom Initiative Program where new branding standards for the interior finishes and elements were developed.  Roles adjusted again in 2005 where we administered new branding concepts in the form of a new prototype to new and existing dealerships nationwide. 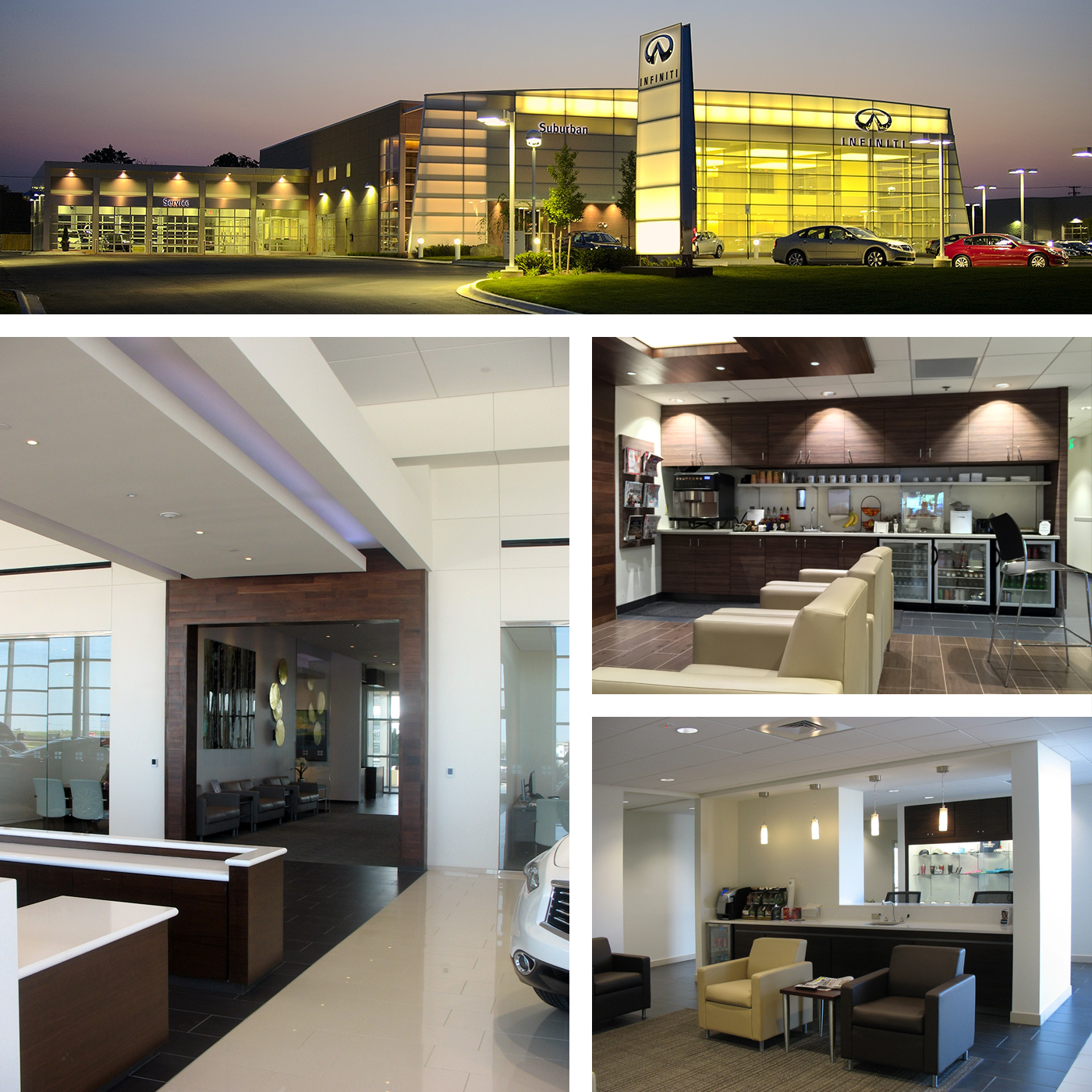